Bank of Canada Warns Rates May Climb Even Higher Than “Neutral” 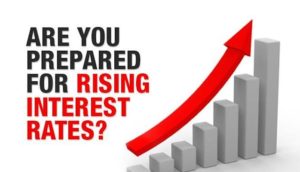 High inflation has become such a risk to the economy, the central bank will do anything to slow it. That might include raising interest rates higher than already aggressive forecasts have called. This was the message from the Bank of Canada (BoC) at the Standing Committee on Finance today. The central bank Governor made it clear they will act “forcefully” to control inflation, which won’t be coming down by itself. That can mean much higher mortgage rates than forecast.

What Is A Neutral Policy Rate?
The neutral policy rate is the short-term interest rate where output and inflation are stable. When the overnight rate is below this point, it’s expansionary and helps to stimulate demand for goods and drive inflation. Above the neutral policy rate and the central bank is placing a drag on demand to help achieve the target rate of inflation.

What is the actual number for the neutral rate? That’s a little more difficult to pin down, but the BoC raised its forecast to a range of 2.00% to 3.00% back in December. Prior to December, it was forecast between 1.75% and 2.75%. The delay in tackling inflation helped the neutral rate climb higher.

Canada May Need Rates Above Neutral To Cool Inflation
The BoC suddenly changed its tune on transitory inflation that will resolve on its own. For the second time this year, the central bank said they will “forcefully” tackle high inflation if needed. Governor Macklem also emphasized the central bank had an inflation target to maintain, not one for interest rates.

No upper bound for interest rates is important to understand since the BoC can go above the neutral policy rate to control inflation. At least for a brief period.

“…we may need to take rates modestly above neutral for a period to bring demand and supply back into balance and inflation back to target,” said Governor Macklem in his opening remarks.

Similarly, if inflation is cooling faster than expected, they said they would pause hikes. With the central bank warning, “excess demand” is a big issue, a strong negative shock would need to appear before that becomes an option. Though anything is possible in the “new normal,” so don’t totally discount the idea.

What does this mean? Ultimately, interest rates (and mortgages) can go even higher than previously thought. Most forecasts are based on the BoC achieving the neutral rate, which many forecasts assume will be hit this year. If the central bank needs to go above the neutral policy rate, the aggressive forecast from banks like Scotiabank would seem quite tame in comparison.

For more information on how you can prepare for rising rates and lock in now call Mike Distefano at 1 905 246 5363 or email me at dlcbtbniagara@gmail.com